skip to main | skip to sidebar

(written in response to a typically contrarian article by Slavoj Zizek in which he says the Left have lost the war against capitalism.)

Zizek is wrong that there is no alternative to neo liberal capitalism. And I am surprised that a self styled Marxist has such a poor understanding of the concept of revolution. When they are faced with seemingly insurmountable reactionary force, people, to obtain the needs for their existence do not lie down and die meekly. They find other ways to provide those needs outside of the established order.
The establishment attempts repeatedly to suppress those attempts until the revolutionaries find a method that bypasses the established order. When that method is found it self-reproduces exponentially, so that quantitative change flips into qualitative change, and a new economic epoch comes into existence.
As Paul Mason says. Capitalism has renewed itself as a result of the challenges of organised labour. To evade this defeat. But since the neo-liberals crushed the power of labour, technical development of capitalism has stagnated, especially in the most advanced capitalist nations. Labour productivity (the indicator of technical development) is stuck and even maybe decreasing in the UK. The first and most developed capitalist economy. Why automate when you can pay low wages to human robots?
But at the same time, the number of alternatives to capitalist organisation are proliferating. Sooner or late one of these (or more probably several will come together ) will strike it lucky.
The Rochdale Pioneers did not invent cooperatives anymore than the Douglas company invented aeroplanes. The Pioneers brought together the best ideas from previous failed coops just as the DC3 (the first modern aircraft) was an accumulation of the best bits of previous designs.

There are some truly amazing alternative solidarity economy projects developing. The entire 'underground economy' in Greece growing outside the normal fiscal economy and out of reach of the neo-liberal police of Brussels and international banking. Hundreds of youth kollectiven in Germany, unregistered collectives of young people evading bureaucratic control by the German state in their economic and social lives.

The most interesting is the Catalan Integral Cooperative and their Fair Coop projects. How to 'offgrid' your entire economic life! Something revolutionary is going to come out of these I reckon.
https://pbs.twimg.com/media/DOG7ZsPXUAE1z5n.jpg for the original graphic. 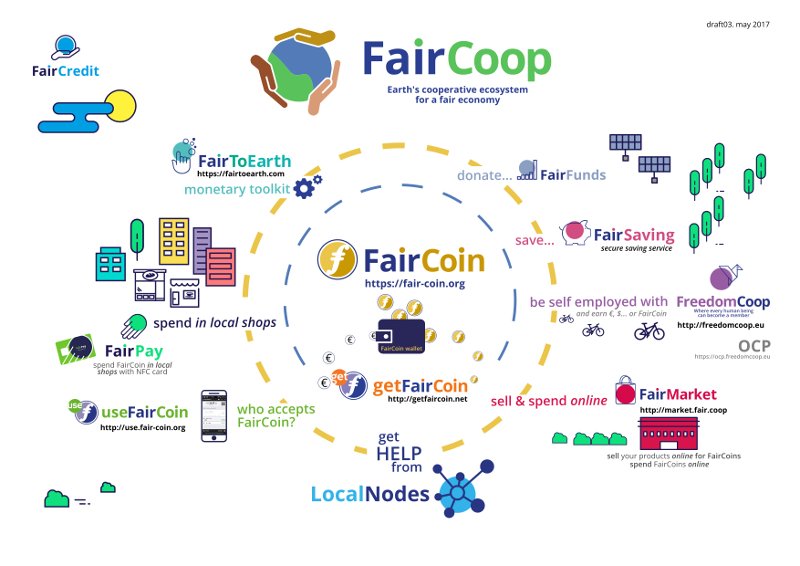